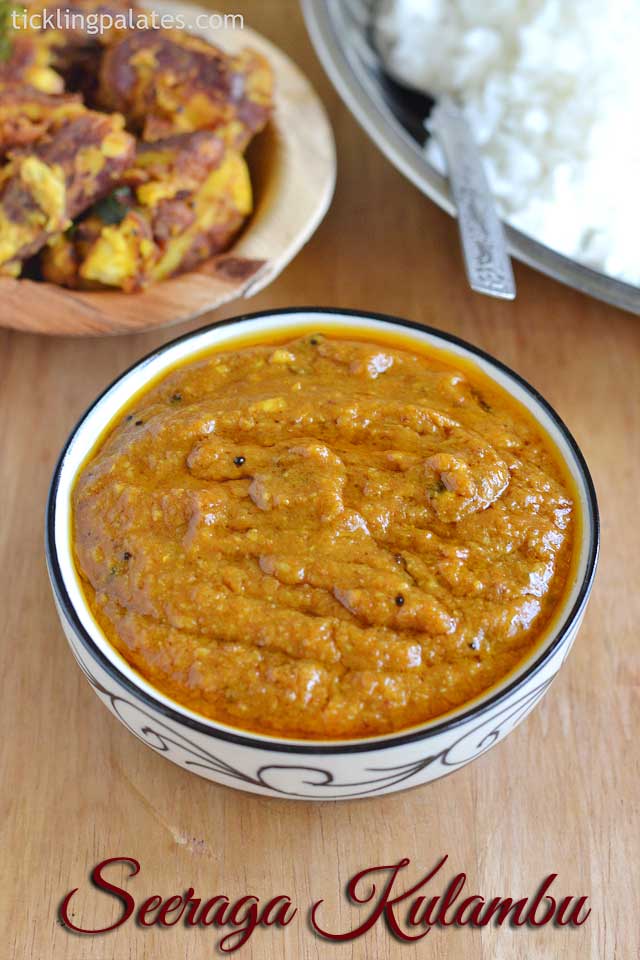 Seeraga Kulambu – Jeeraga Kulambu recipe with step by step pictures. This seeraga kuzhambu can also be called as “Pathiya Kuzhambu” whenever you plan on a “Pathiya samayal”.

A simple kulambu recipe made using minimal ingredients in your pantry.

It is considered as a good stomach cleanser and is believed to clear up any digestion problems.

This is my MIL’s recipe and I’m eternally thankful to her for sharing this simple recipe with me.

The people of South Arcot origin make it often for its digestive properties atleast once a week as a part of Pathiya samayal.

I make it often especially during the winter season when you do not feel like eating anything.

Also as you do not need any vegetables for making this gravy, this seeraga kulambu becomes a life saver when you do not have any veggies left in your refrigerator.

This seeraga kulambu actually tastes much better on the next day after you make it.

It even keeps well for 3-4 days when you make it using the mentioned amount of oil. 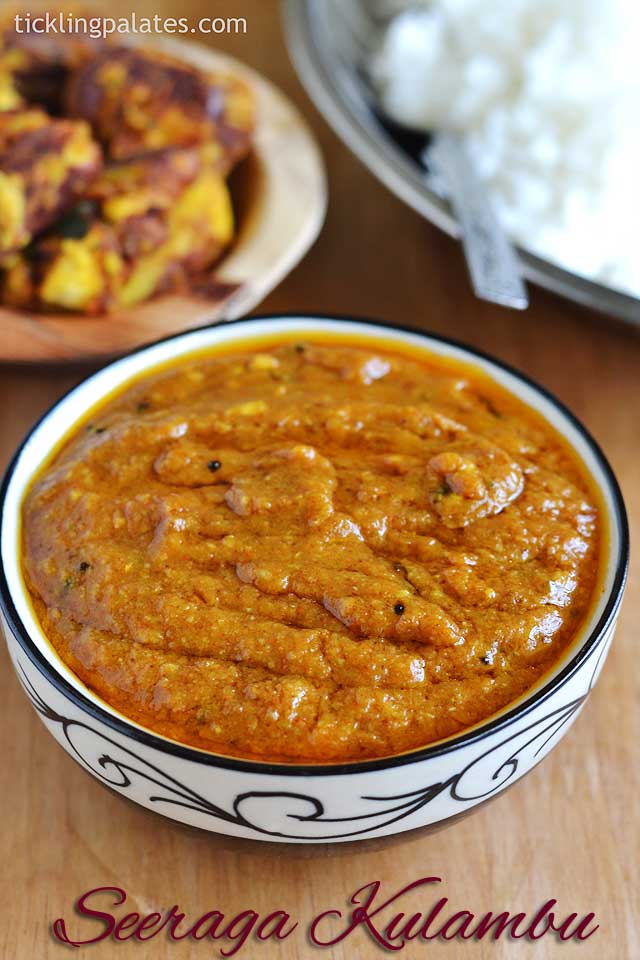 So you can make this and safely pack it for long journeys.

You can use this kulambu as an instant kulambu pastes like you get from shops to mix with rice for the kids school lunch boxes along with some chips or papads.

Though the kulambu is very simple to make, 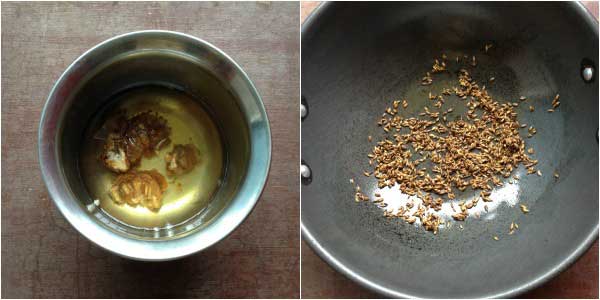 1. Soak tamarind in some warm water and keep aside.

2. Heat a pan with 1/2 tsp oil. When the oil is hot simmer the flame completely, add cumin seeds and roast it till you get the aroma and the color changes slightly. Transfer to a plate.

4. Transfer to a mixie jar and grind to a coarse powder. Add soaked tamarind to the ground powder. 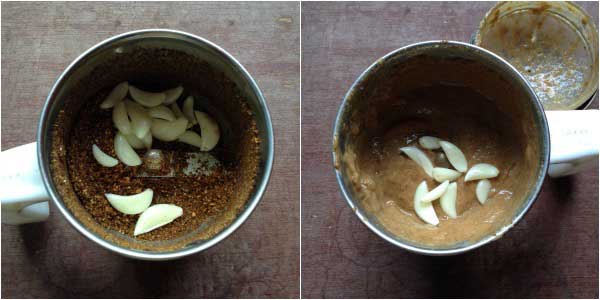 6. Add the remaining garlic and pulse just once or twice and keep aside.

7. Heat a pan with remaining oil and season with vengaya kari vadagam. 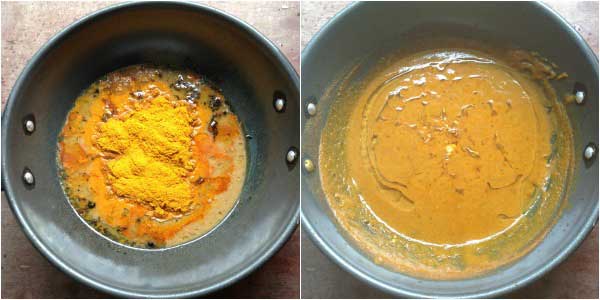 9. Add sambar powder, salt, mix well and let it come to a boil. 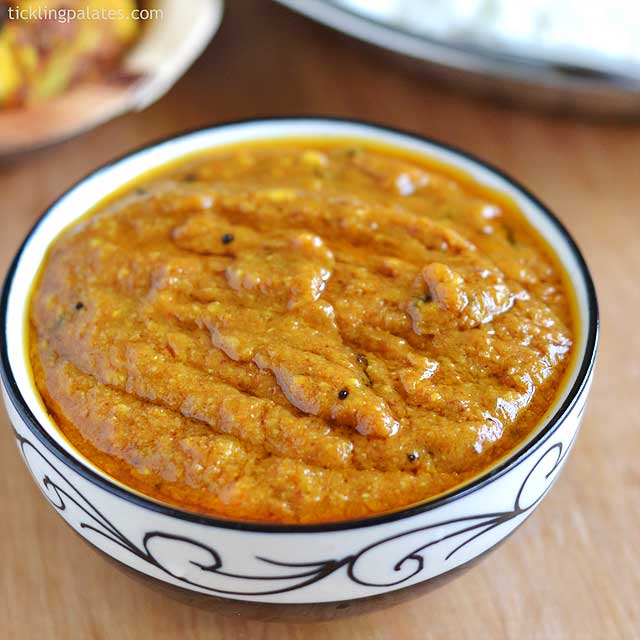 Seeraga kulambu is ready to be served with hot rice. Drizzle more sesame oil on top if preferred.

To Roast and Grind: