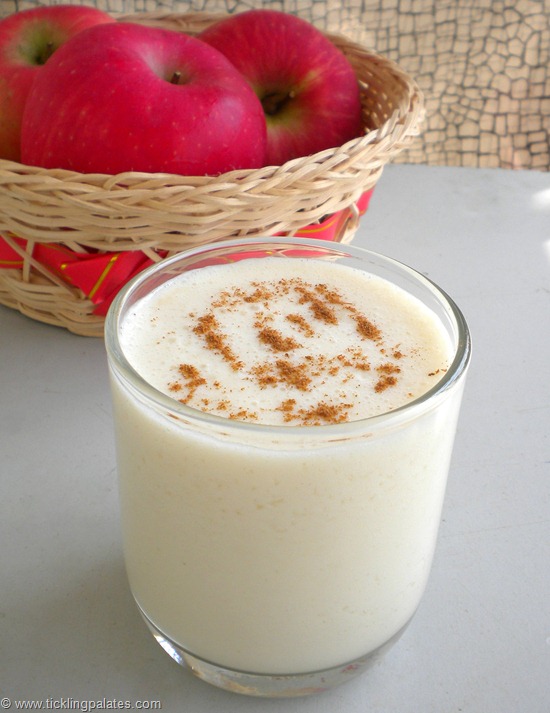 A few days back I had mentioned in FB timeline that my younger one finally managed to gain weight and many had wanted to know the diet that I followed for him. This milkshake is the first thing I started with. Trust me when I say that it actually works. It is even better than eating a fruit as it is on a daily basis. I stopped giving him his favorite energy drink both in mornings and evening and replaced that with this milkshake. I do know that the Doctors say as long as your child is active, there is nothing to worry, but the mother in me wanted to explore the many ways possible and wanted to leave no stone unturned. 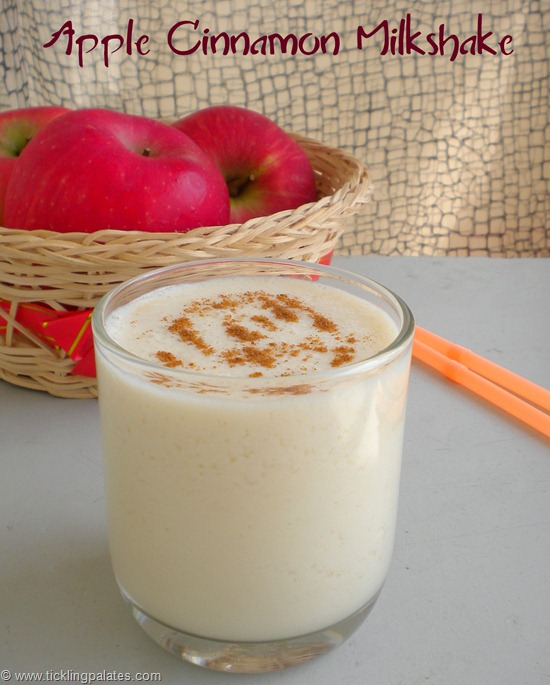 A few years back, my Hubby got admitted in hospital for 10 days as he was suffering from both Typhoid and Malaria at the same time. If any of you think whether it is even possible, I still have the reports with me. He suffered from high grade fever and vomiting and lost a considerable amount of weight. He falls under the leaner category and with this stint he looked like a skeleton. His Doctor suggested me to give apple in the form of a milkshake than making him eat just the fruit. Being a coffee lover, he hated it of course. But I just kept giving him this milkshake every 4 hours along with the his other diet and I was able to see a visible difference in just a week. His hollow cheeks filled out and he managed to shake off the ghost like look and looked more human and strong.
If it worked on a recuperating person, I was pretty sure that it would work on a healthy boy as well, who just happened to be underweight. Combined with the other protein rich diet that I gave my kiddo, he did gain muscle mass and most importantly he skin got a good sheen, I must say. He now looks more glowing and managed to lose that sickly sort of look. Do keep visiting to see the other recipes in the weight gain diet series. 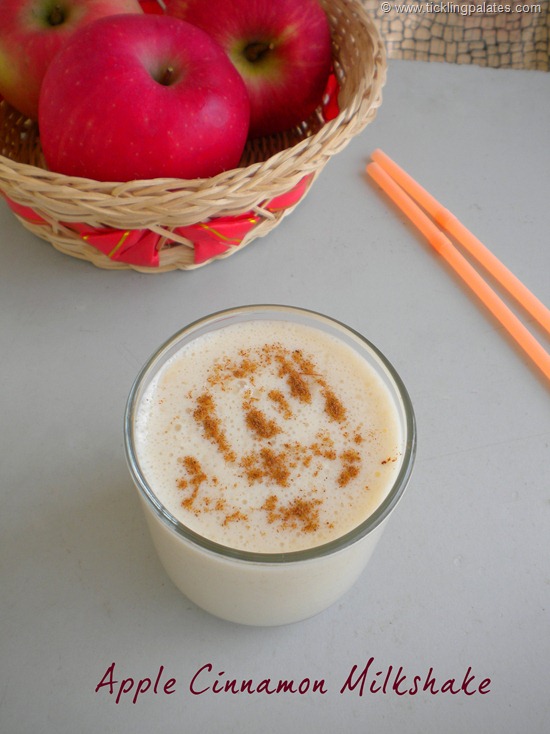 1. Core and skin the apple. Cut them into chunks and place them in a blender.

3. Pour into glass and serve immediately.

1. Instead of cinnamon powder, use either vanilla essence or cardamom powder.
2. Add a handful of soaked, peeled almonds along with the apple for a healthy milkshake.
3. For a vegan option replace cow’s milk with either soy milk or almond milk.
4. For low fat option use skimmed milk or 2% milk.
5. You can also replace milk with yogurt / curd.
6. Adding ice cubes will water down the milkshake, so use chilled milk instead. 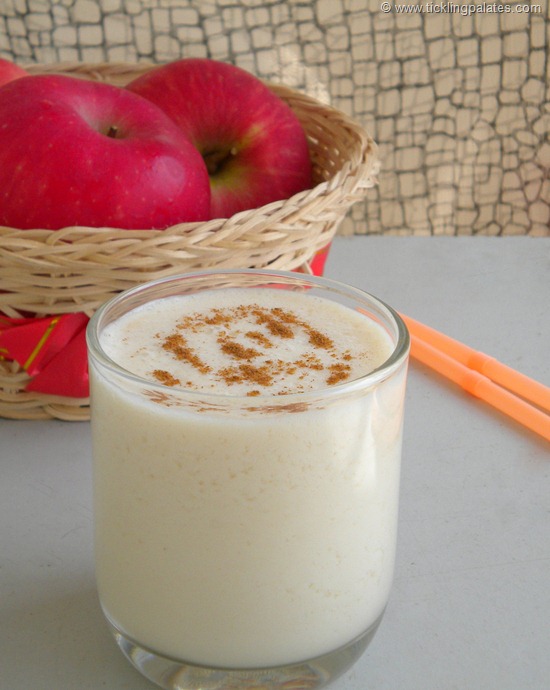