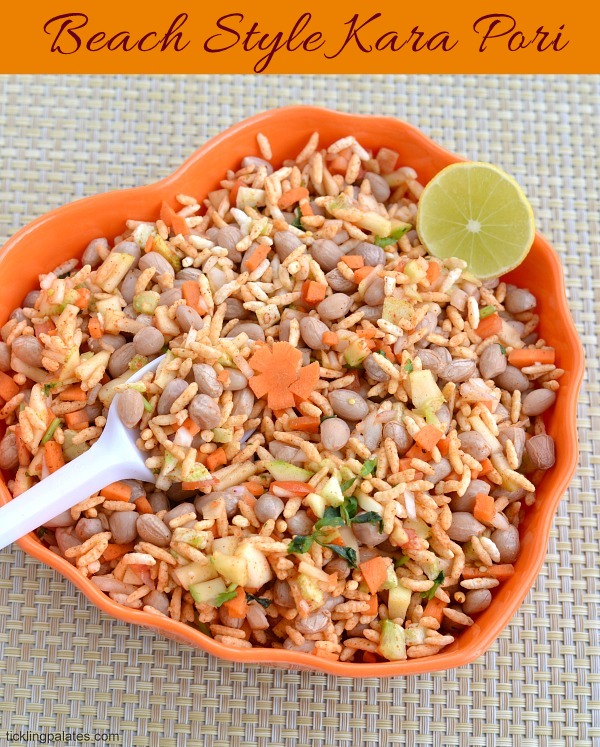 Beach Style Masala Kara Pori makes an awesome zero oil low calorie snack that is loaded with healthy ingredients which you can indulge in whenever you want without any regret. This snack also happens to be vegan and gluten free.

You can see this beach style masala kara pori served in the beaches all wrapped up in paper cones. Now-a-days they also sell these outside the schools where the kids throng as they sell quickly.

As my younger one happens to be a big fan of pori, I always have a pack at home and recently when MIL came she brought raw peanuts with her and I made this impromptu snack one fine evening. 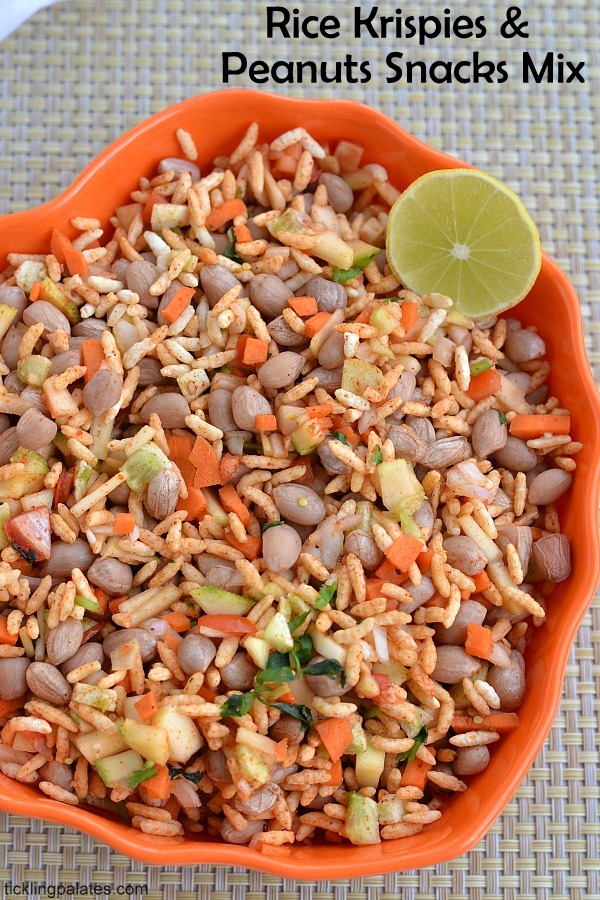 This is one snack that my younger one loves to eat as soon as he comes home from school and I always make whenever I happen to have all the ingredients at hand. You can also consider this as a healthy, crunchy salad.

Unlike this Kara Pori recipe that I already have in my blog which can be made and stored for days at stretch, this beach style kara pori cannot be stored and should be served immediately upon making. Only then you can enjoy the crunchiness of the pori, else it will become soggy and dense. 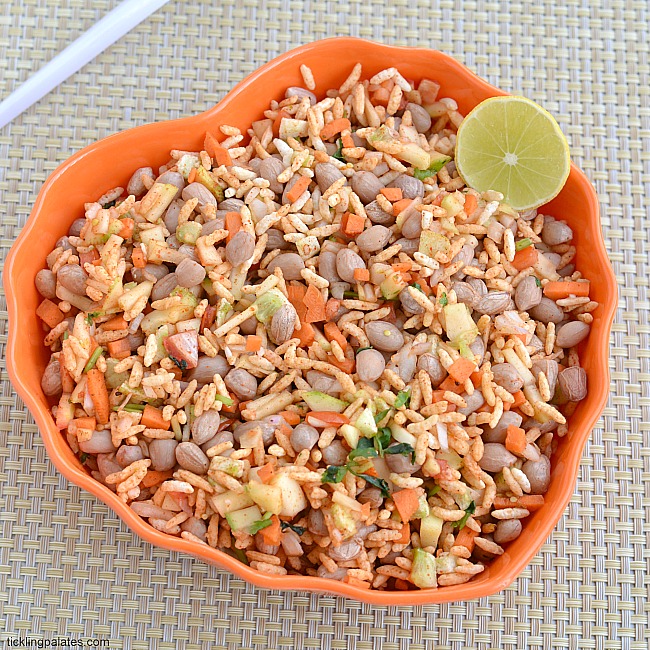 If you want to pack some snack to school which will hold for sometime and be filling at the same time for the kids, you can always make this Schezwan Pori which the kids will most definitely love. 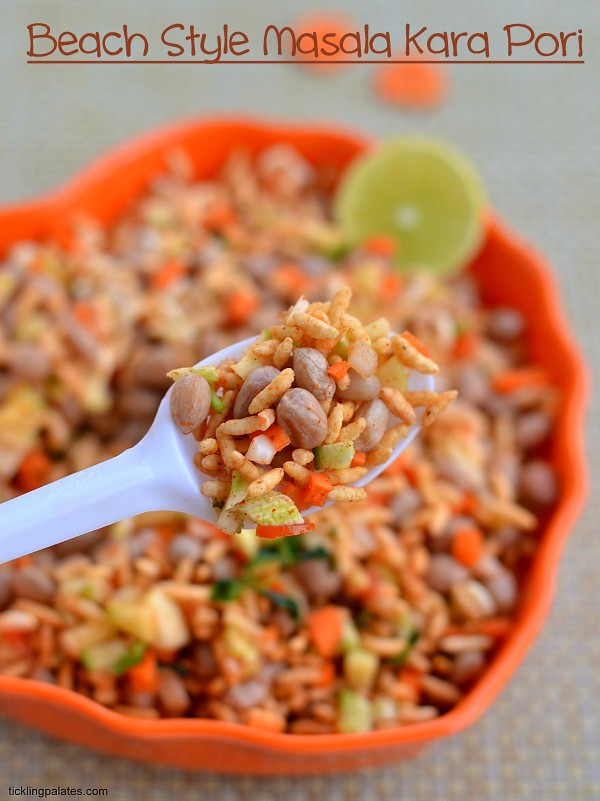 Remeber to serve this straight away immediately after preparing as you cannot keep it for a long time. As the veggies will start leaving off water it will make the pori to become soggy. You can always make ahead by chopping the vegetables and refrigerating them, boiling the peanuts before hand and just mix everything before you plan to serve.

Did you make this recipe? Let me know! Cancel reply