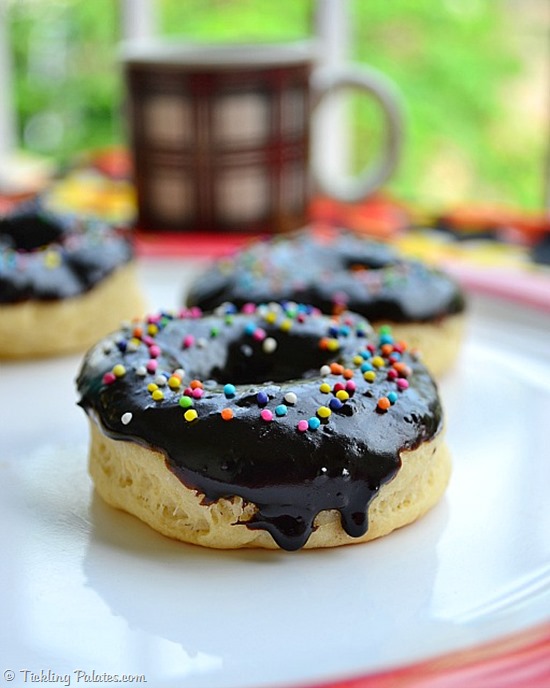 Eggless baked donuts recipe with glazed chocolate without a donut maker or donut pan. An absolutely no fail Donut recipe and a definite keeper as every time it comes out like a charm. Just perfect for breakfast or for kids snack box or as an after school treat.

I had never been a big lover of Donuts, but my kids are really crazy about them and I never attempted to make it at home thinking they were quite difficult.

But now I revise my opinion after having made it thrice already without a donut maker or a pan. As you have total control over the shape you can make them as mini donuts as well. 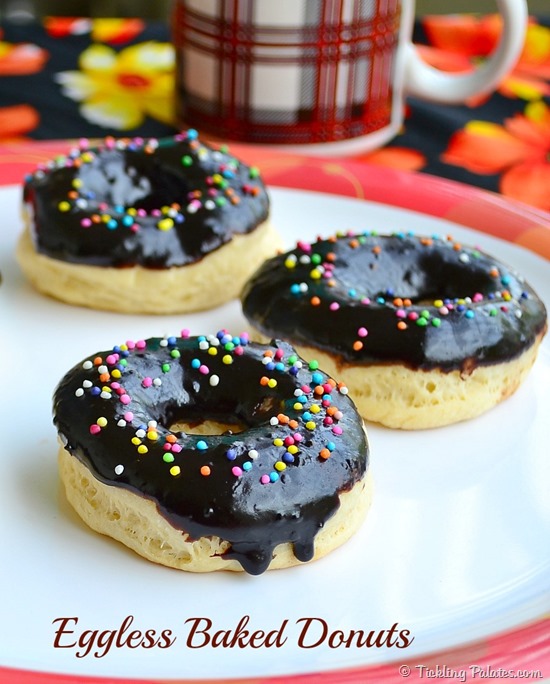 If you are like me, making excuses that you do not wish to deep fry, fret not as these are not deep fried donuts but baked and eggless and you will not even be needing any of those fancy pans as these doughnuts are shaped by hand and they maintain their shape pretty well too when done right. 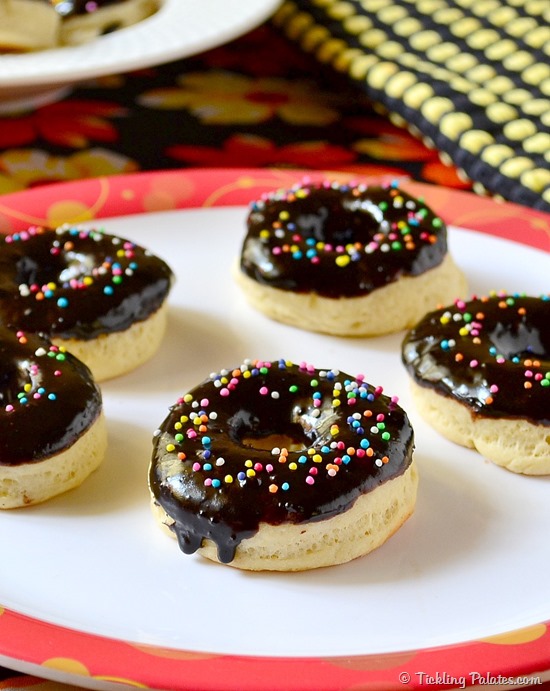 Follow these instructions if you do not have a donut pan: 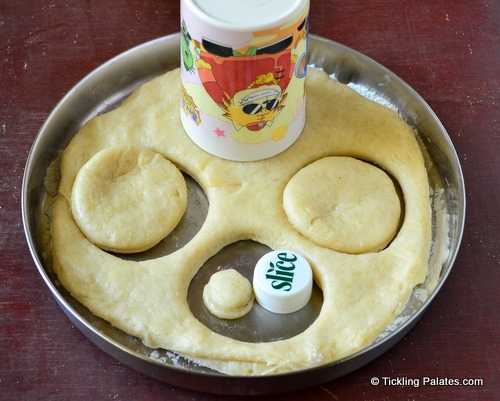 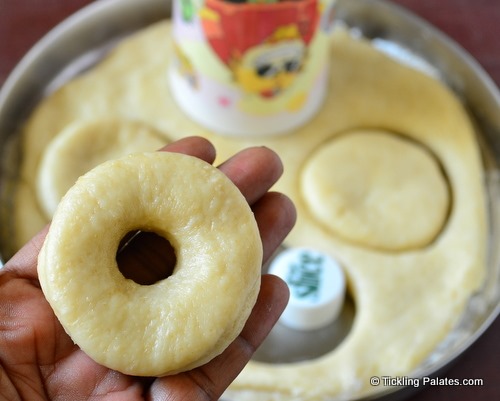 Gather the edges, once again, roll them and continue till all the dough is used up. I got only 3 dough balls at the end. 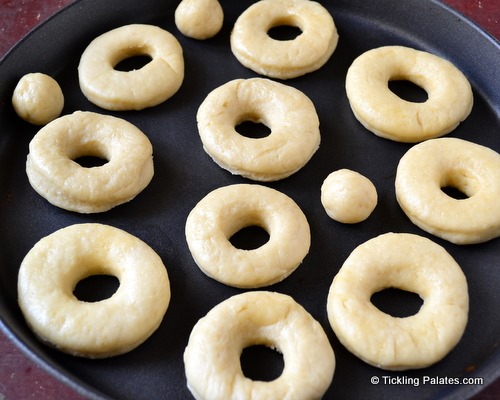 Transfer the cut donuts and the balls to a greased baking tray and arrange them side by side leaving enough space in between. 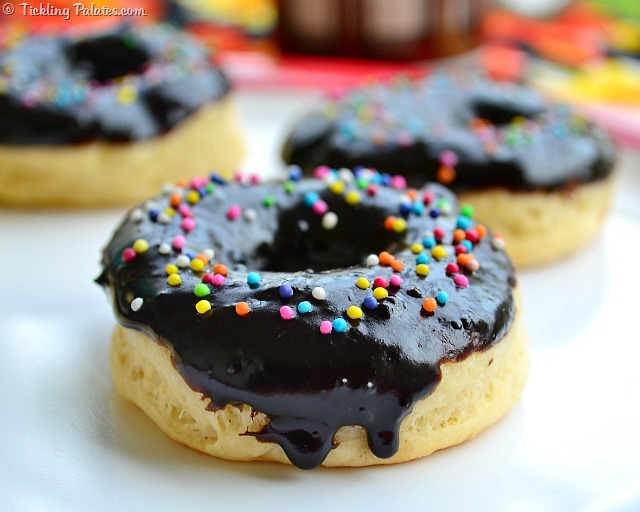 1. Do not add more flour than necessary as it will make the donuts hard.

2. Do not over bake the donuts as it will make them chewy. Just bake till it is lightly golden on top.

3. If you do not  have an oven, after the second resting time, instead of baking, keep oil in a pan and deep fry the donuts.

4. The glaze will harden as it becomes cold. Add enough hot milk to bring back to its saucy consistency.

5. Instead of glaze you can also dip the donuts in a mixture of sugar and cinnamon powder after brushing them with butter.

These eggless baked donuts are adapted from Laura Ferroni’s donuts and we are baking this for We Knead to Bake ~ 6.

For the Chocolate Glaze:

For the chocolate glaze or sauce: