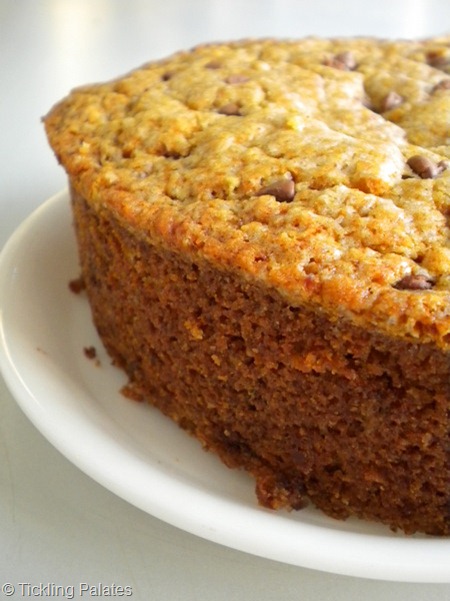 This is the first time I’m using Palm oil in a bake and I must say that I’m fully satisfied with the result. When I saw the Bakery that I frequent buying this oil in bulk, I wanted to find out the reason, as I have never used it before. When I googled further, I found out quite a lot about its benefits and uses. First thing is that the oil is odor free, rich in Beta-Carotene and I can get the same result that I get while using butter and further more I can be absolutely guilt free of the calories while using butter. When I cut open the pack I found the oil in a semi solid state just like melted butter. From now on it is Palm oil for me, replacing vegetable oil in any bakes. 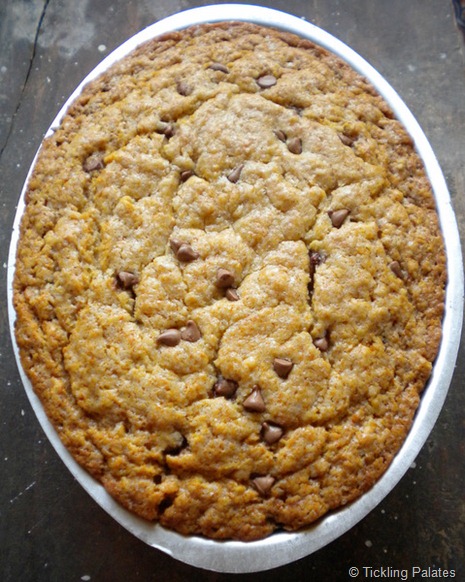 This is also the first time that I’m using Cinnamon as previously I was apprehensive of using it worrying whether my Kids would like the flavor. I need not have worried at all as Arjun very much liked the “Biryani Bread”. Like the Orange Tutti Fruti Bread, this bread is also adapted from “Prevention Magazine” and I made various changes to it. This is originally a Blueberry bread which had eggs in it. I converted it into an eggless one and omitted the berries and added choco chips to it and the result was a bread which was super moist, flavor some and one which got over so soon in a blink of an eye. 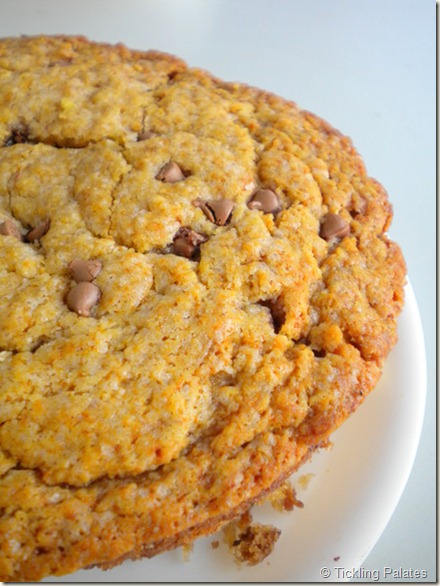 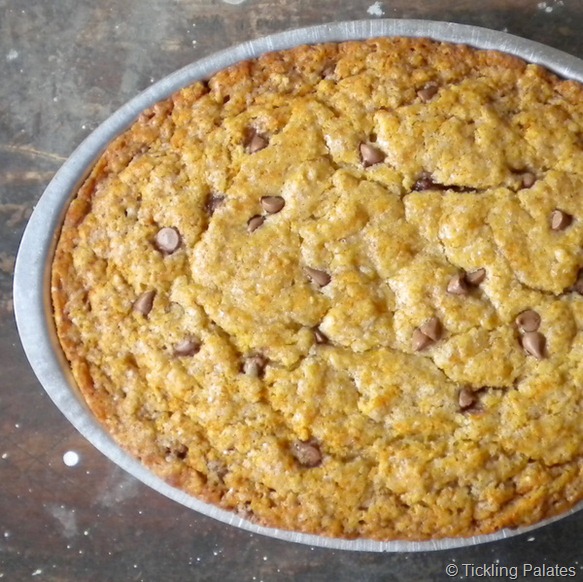 Preheat the oven to 180 Deg C. Grease and flour a Loaf pan tapping out the excess.
Sieve together flour, baking powder, salt, baking soda and cinnamon in a large bowl. Mix in the sugar. Add the chocolate chips and mix well.
Whisk together melted butter / oil, yogurt / curd and vanilla in another bowl. Stir in the mashed banana. Fold the banana mixture into the flour mixture until just combined. Do not over mix as it will harden the bread.
Spread the batter in the prepared pan. Sprinkle some more chocolate chips on top and slide into the oven. Bake for 45 – 50 min. or until a toothpick inserted into the center comes out clean. Let it cool for 30 min in the pan on a rack and then turn out onto the rack to cool completely.
Slice and enjoy for your breakfast or with Tea as a snack. 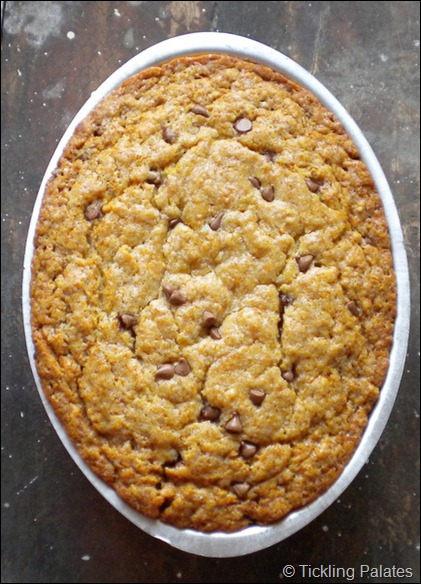 This is off to my event Baked Goodies, Sangee’s Bake Fest