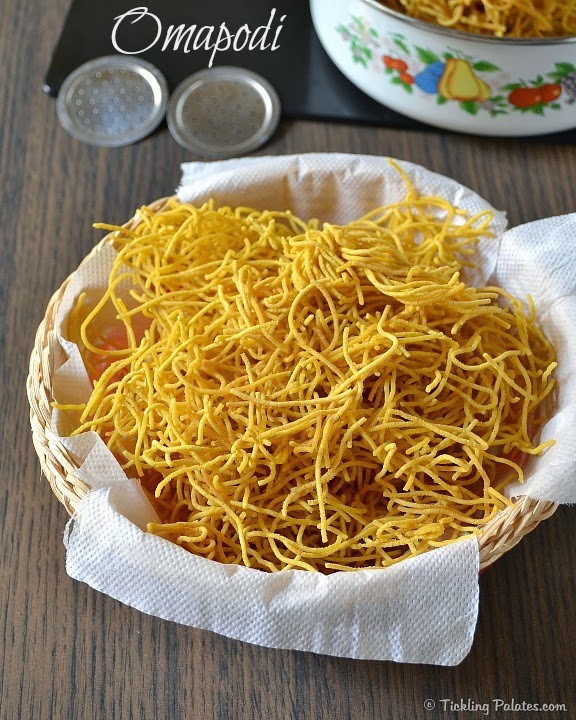 Omapodi recipe or most commonly known as plain sev, oma podi or om podi is usually made for Diwali snacks or savories.

I love to just eat them plain by handful. It is the main ingredient that forms the major part while making the South Indian Madras Mixture. It is also used in North Indian chaat recipes, to add more crunch either as the base or as a topping.

Omam is known as Ajwain in Hindi and Bishop’s weed or Carom seeds in English is used as a flavoring which is also known for its digestive properties. The aroma itself is just great. 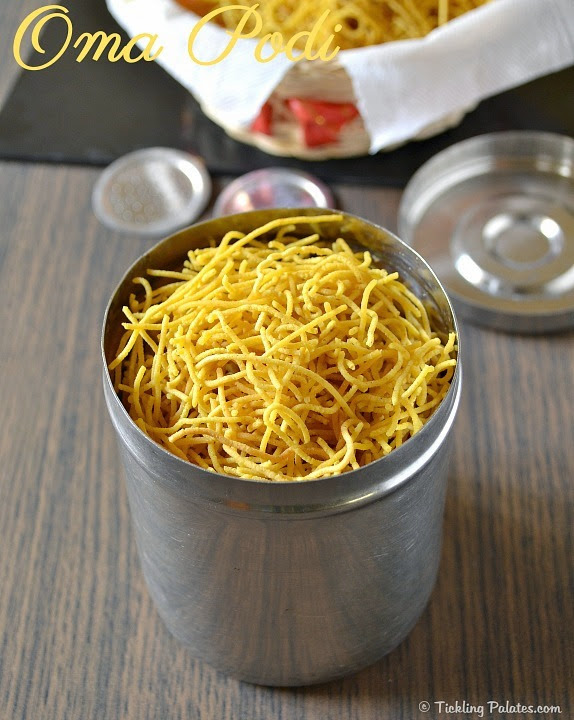 I actually have 2 omapodi nozzles which came with the mould. One is super fine and squeezing the dough is super difficult with it but it gives the finest sev like we get in shops. So I have used that only this time. 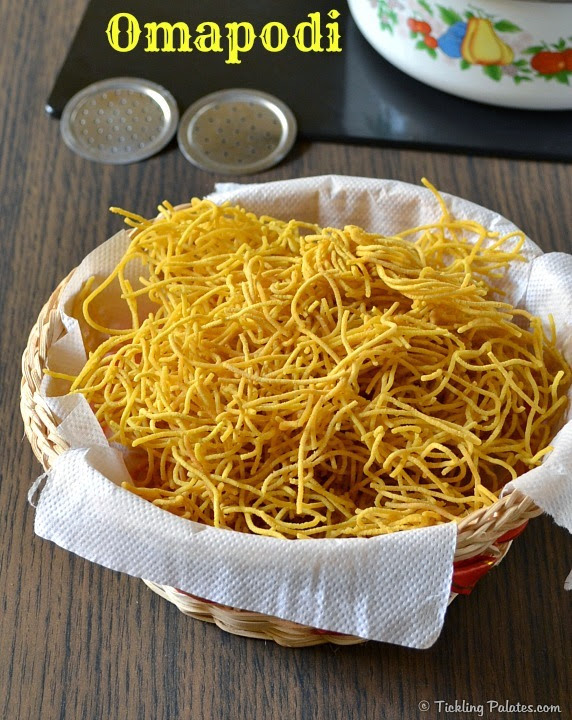 Points to note while making Omapodi:

1. I prefer using hot oil while making the dough, as the sev remains crisp. But you can use either ghee or softened butter.

2. Always start kneading the dough after you have put the oil for heating in a pan, this way the omapodi or sev will maintain the golden yellow color instead of darkening.

3. Make sure that the temperature of the oil in uniform and not over hot. Else the sev will darken and burn quickly.

4. Always store in an air tight container or preferably a zip lock bag to maintain the freshness and crispness.

5. I do not use turmeric powder for making omapodi, hence given it as optional.

6. If you do not have the flours in hand, you can also use the readymade bajji-bonda mix from the shops for making, but since the addition of chili powder is high in them, the omapodi will be a bit dark orange or red in color instead of golden yellow.

7. I have used homemade processed rice flour, but you can also use store bought idiyappam flour. 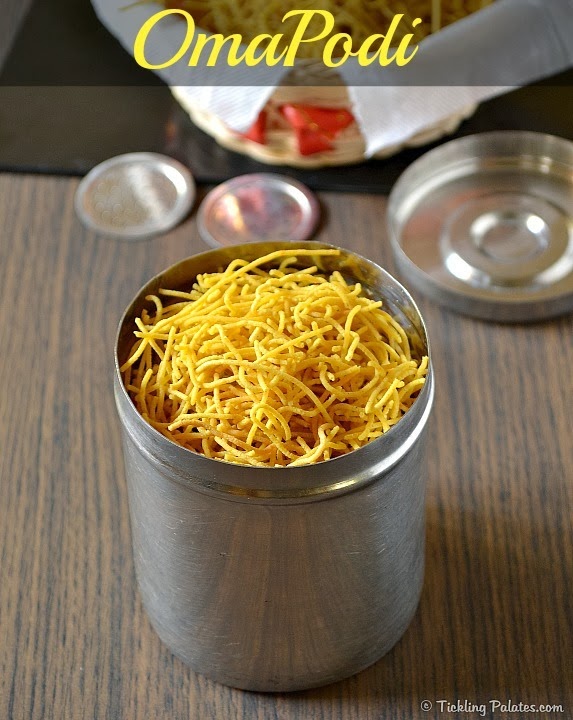 Check out Aloo Bhujia, Pottukadalai Murukku, Karasev, Cornflakes Mixture, Cashewnut Murukku and Garlic Murukku that are made during Diwali.

Did you make this recipe? Let me know! Cancel reply