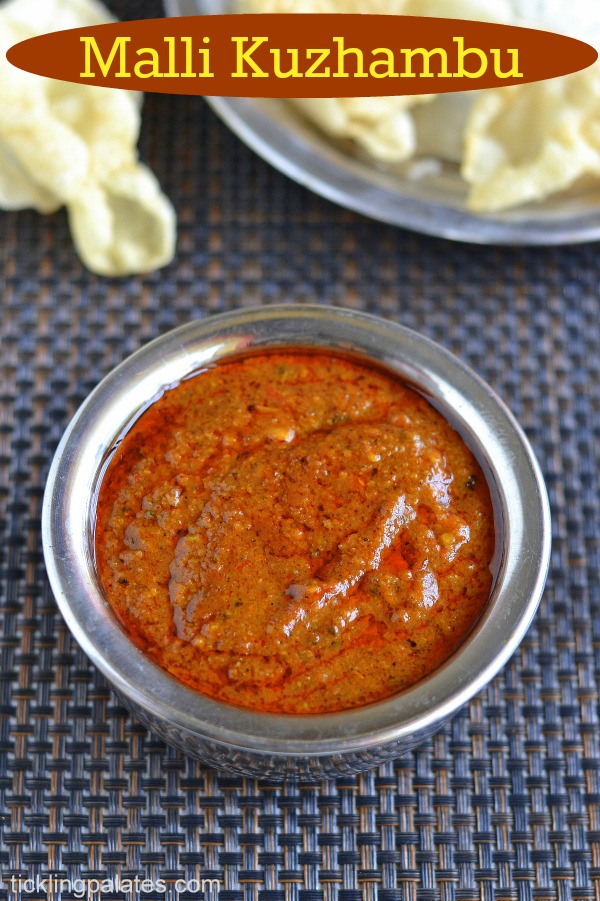 This malli kulambu is spicy, tangy and absolutely lip smacking. This is also a vegan and gluten free recipe.

Everyone must have Kulambu recipes like this one in their repertoire to save the day especially when they do not have any vegetables at home.

This malli kuzhambu is perfect to take for long trips or travels as it does not spoil easily.

Like Seeraga Kulambu, this kulambu also does not have any vegetables and I learnt this also from my Mom-In-Law.

This dhaniya kulambu also does not need any vegetables, not even onions, except for few garlic pods. 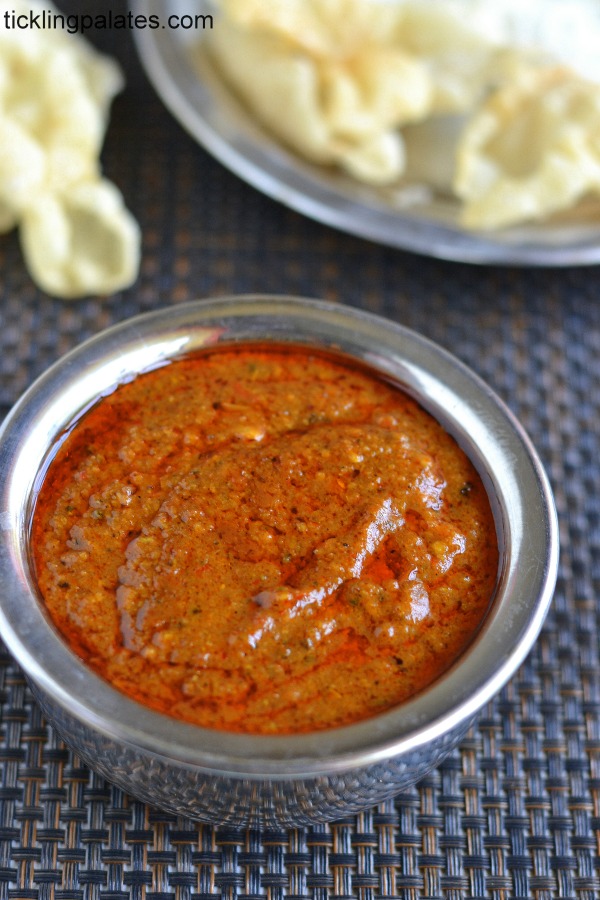 I love kulambus that uses freshly ground masalas as the flavor and aroma is simply awesome.

Like some kulambus, this one also tastes even better on the next day than on the day you prepare this.

My MIL makes this so well and I wanted to make it pretty badly and share it with you all.

So when she visited me last month, I got a chance to learn this from her and I felt quite heady while I was making this Kulambu as the aroma was increasing my appetite manifold. I’m sure you will also like it as much as I do.

The addition of sesame oil at the end is to enhance the flavor of the kulambu by balancing the heat of the whole spices and tartness of the tamarind.

If you do not have thalippu vadagam, use 1/2 tsp each of mustard and cumin seeds and 1/4 fenugreek seeds for seasoning. 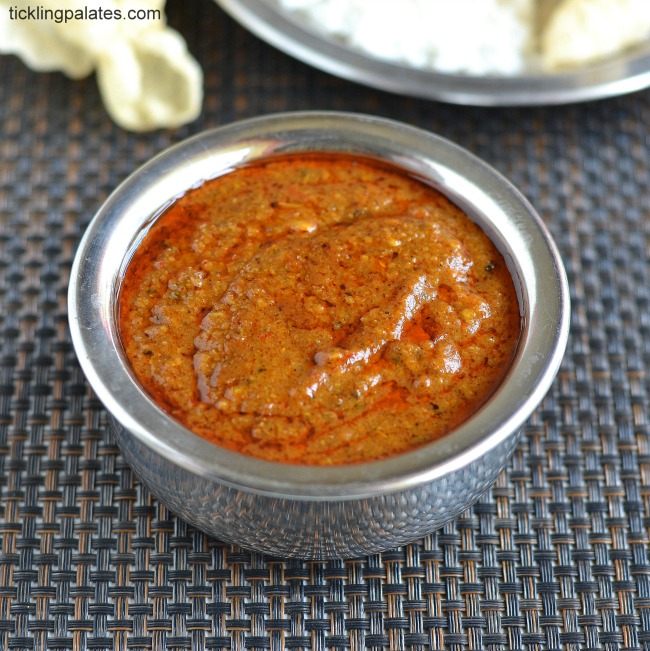 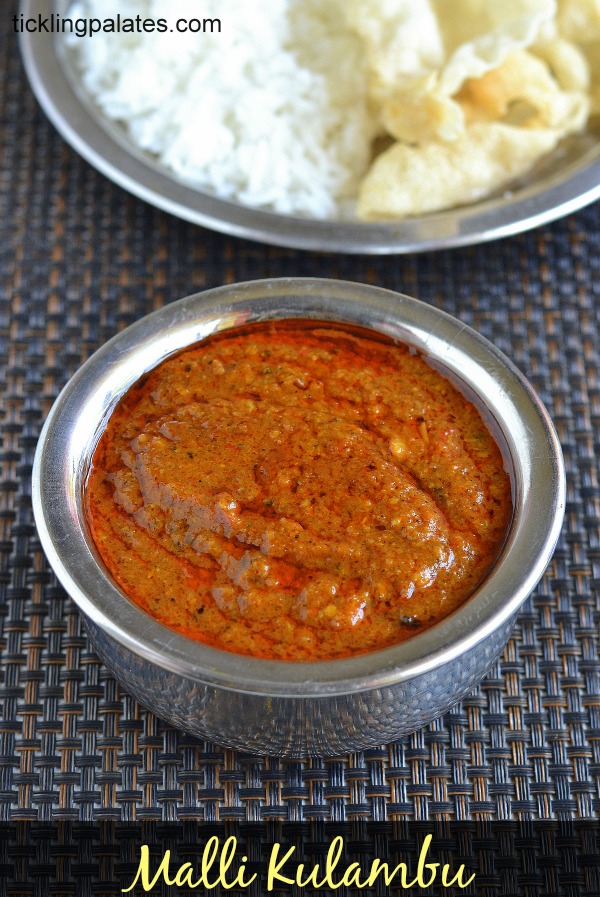 This malli kulambu stays good for 3 to 4 days at room temperature itself without getting spoiled and you also don’t have to keep reheating it often to keep it good.