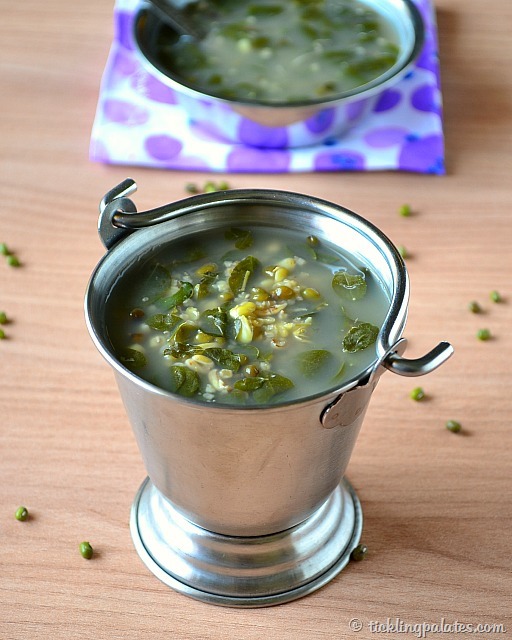 Mung Beans Sprout and Spinach Conjee – A healthy conjee (porridge) made using Mung Bean sprouts and Murungai Keerai (Moringa Leaves) in just 10 mins. A very simple yet filling breakfast recipe that will not make you feel bloated after eating and a quick alternative to your regular and boring Oats Porridge.

This conjee (porridge) recipe is very heavily adapted from the regular conjee that my Grandma used to make on regular days and on the days she used to fast.

As this is a no onion, no garlic, zero oil recipe, it is very apt for people who are fasting, elderly people who wish to avoid the 3 ingredients and good for babies who are being introduced to solid food and for young kids alike. 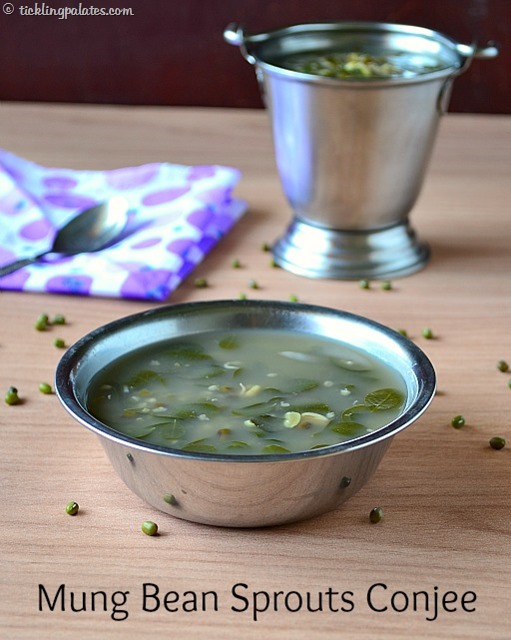 I have used sprouts in this recipe for its nutritional value and in case if you are wondering how to make sprouts at home, its very easy and simple. 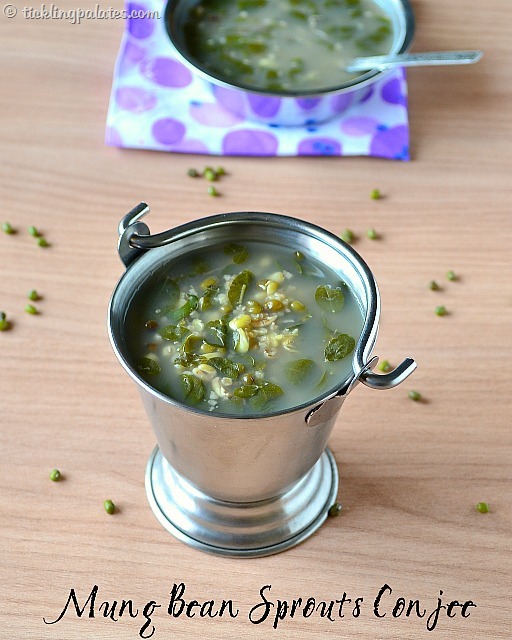 As I had earlier mentioned in the Dry fruits Milkshake post, this conjee was especially made for the sake of my MIL who needed the protein and Iron in her diet. The addition of sprouts and broken wheat provides the protein and the drumstick leaves is very rich in Iron content plus it takes just 10 minutes to prepare this dish. As this conjee does not have oil, its a zero fat recipe as well. 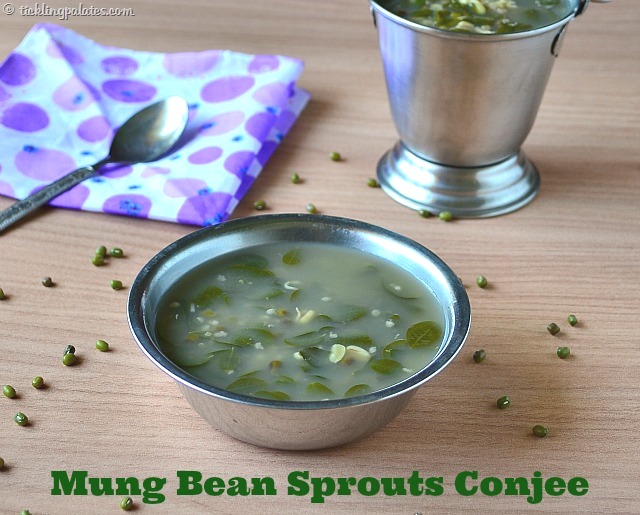 You can also cook this conjee in an open vessel instead of using a pressure cooker but cooking in pressure cooker prevents loss of nutrients. If you want more added flavor, you can add a tsp of green chilli and ginger paste or add any whole spice of your choice.

If you want the conjee to be gluten free, replace broken wheat with broken rice or any millet of your choice. You can use any type spinach instead of drumstick leaves.

If you want to make this gluten free then use rice rava , millets or quinoa instead of broken wheat.