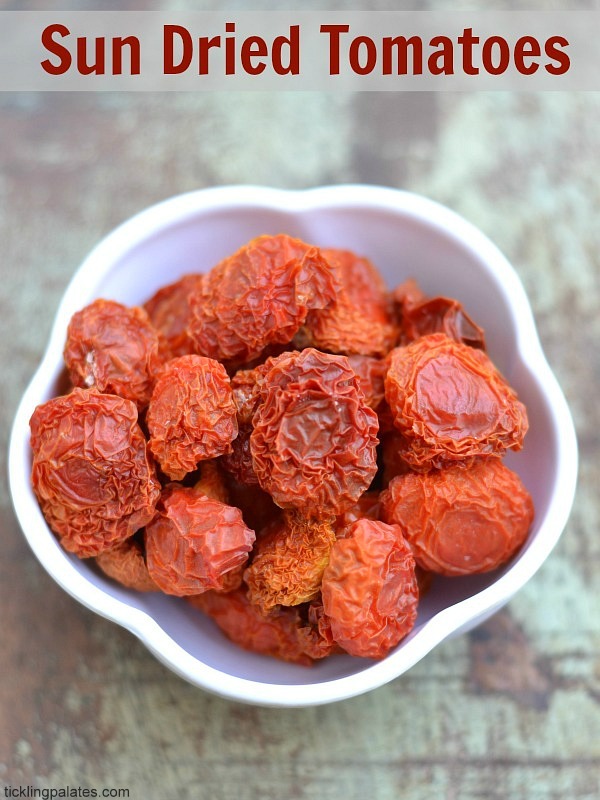 Homemade Sun Dried Tomatoes while not being entirely a recipe, it is something, I have always drooled over and considered them as Gold. How can you not when just a handful of these shrivelled beauties are charged somewhere around 400 to 500 bucks? I had to kick myself for following so long like a willing sheep when it came to these sun dried tomatoes for always believing that these could only be bought from gourmet shops.

I’m hounded by guilt for not thinking out of the box before and considering them as mere vathals (general term for sundried veggies), while we Indians do not think twice about drying out veggies like mango, cluster beans or berries etc., Why did my mind refused to give out the same standard treatment to the good old tomatoes too? but instead had me jealous of the friendly Italians and letting out a longing sigh whenever I came across recipes that used sundried tomatoes in them. 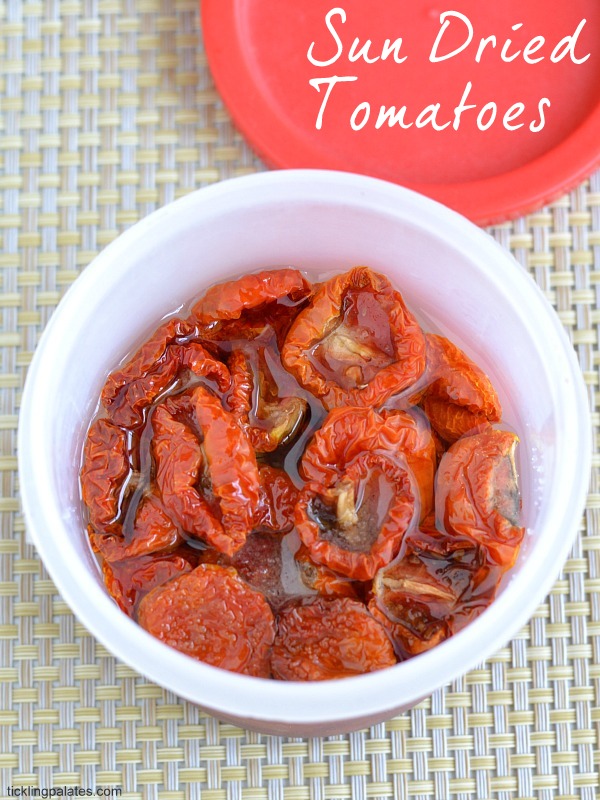 I really had to thank Aparna for making me sit up and take notice of how ridiculously easy it was and Rhea for inspiring me with her pictures of tomatoes taking a leisurely sun bath on FB and I scrambled into action. I had been jealous long enough and its my time to make others jealous until they give up and make some of this. 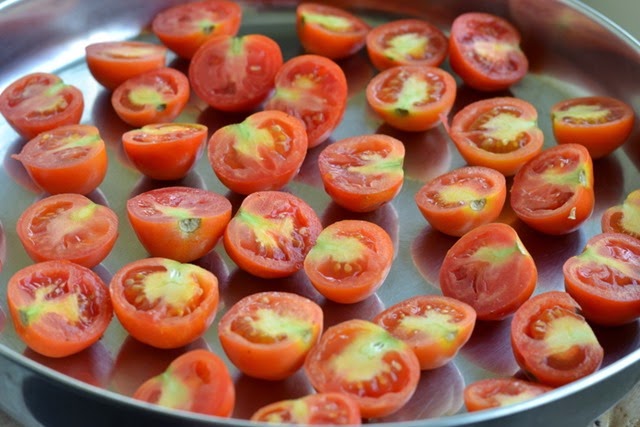 I do not get the good old cherry tomatoes where I live, so the second best option was to go for standard tomatoes that looked the size of cherry tomatoes and all I had to do was cut them into half, arrange them on a plate and let it dry out in the sun. 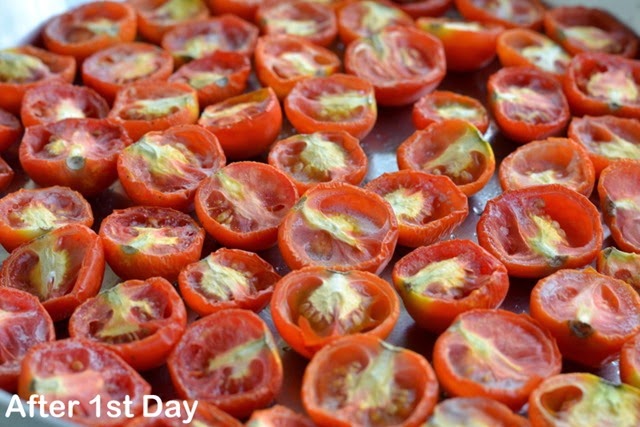 I had to cover the top of the plate with a cloth to prevent any dust from falling on to them and as you can see this is how they looked after a day of sun bathing in the hot sun. At this stage I guess instead of having to dry them for another day, you could also use your oven for an hour to dry them out completely before storing. 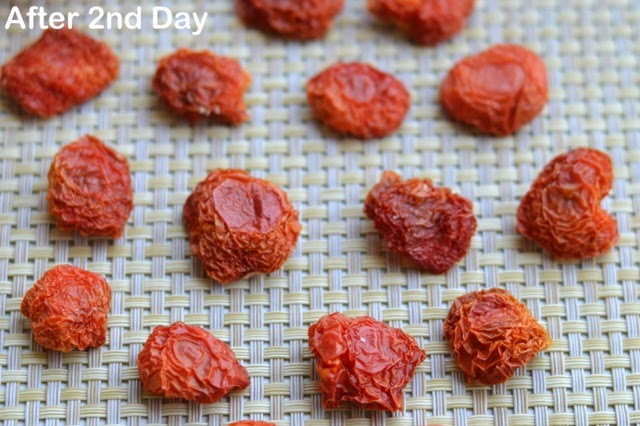 But since I had plenty of sun, thanks to living in a tropical country, I decided to send them out on a picnic for another day and this is how they looked after their second day. They were totally parched and dehydrated. I stored it in olive oil just to keep them hydrated and happy. 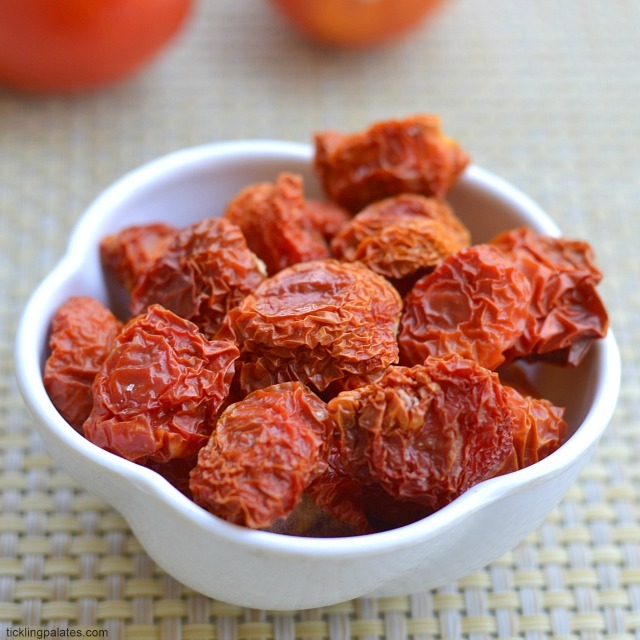 - While storing in oil, leave some space on top as the tomatoes will slightly increase in size after absorbing the oil.
- You can leave out garlic if you do not like and instead add dried herbs too.
- If you do not have olive oil at hand, use any other unflavored oil like sunflower oil.
- You can also drop out the salt, oil etc and store the tomatoes in a ziploc bag and freeze them.