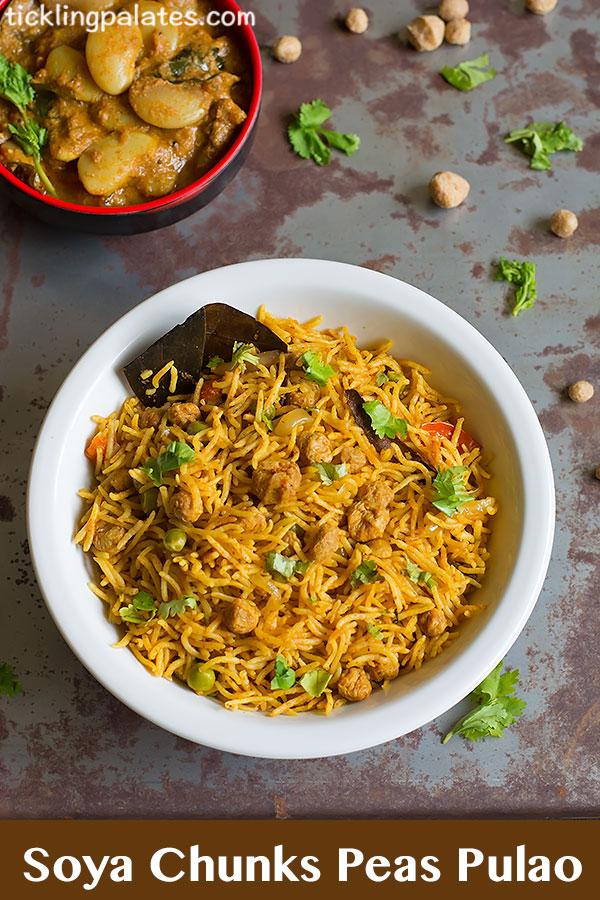 Soya chunks peas pulao recipe. A protein packed one pot meal made in pressure cooker using Soya protein and peas that is convenient to pack in lunch box for kids and adults alike.

Soya chunks are also a gluten free vegetarian source as compared to Seitan which happens to be a wheat protein. Seitan is also called as “wheat meat or mock meat”.

Basically any type goes well. You can always chop them into half or quarter if you find it large before adding it to the dish.

Back then, when it hit the markets it was a rage and you can find it in almost all the kids lunch boxes during lunch time in form or another. My mother was no exception to that as she used to include this as many dishes as she could.

This soya chunks peas pulao is quick to make and makes a good wholesome one pot meal. Unfortunately after marriage I altogether stopped using soya chunks as the husband was not very keen on it. 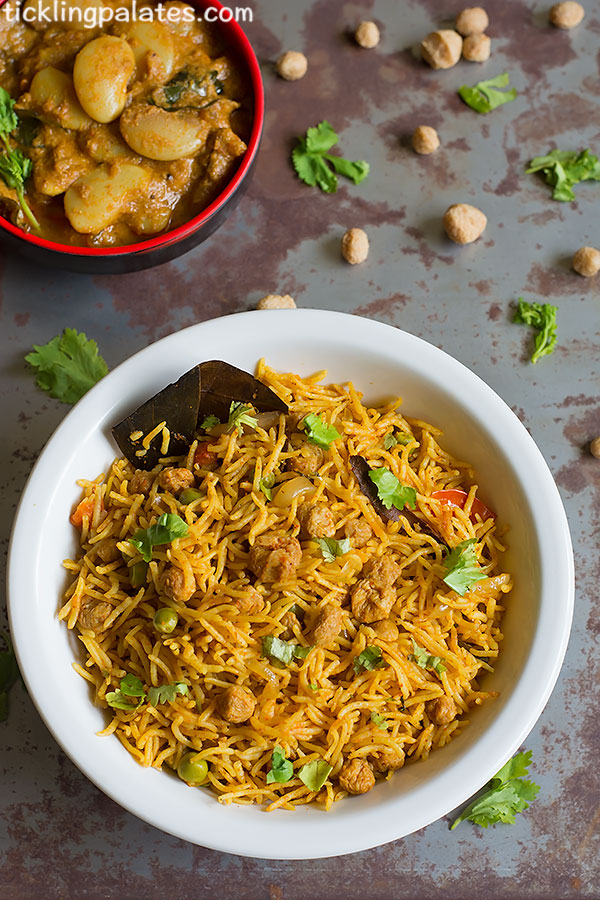 And it changed when the kids came along and I had to pack lunch for them to school. Though initially they did not like it that much, they slowly began to adapt and now they love it so much and I make this pulao often for their school lunch.

Apart from adding peas, you can also add other vegetables like carrots, beans, cauliflower that complements the soya chunks.

You can also check out this Soya Chunks Sprouts Curry and Soya Chunks Kofta Gravy that can be served as a side dish. 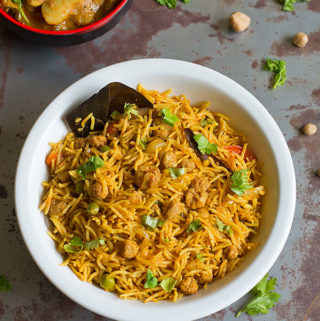