Cheppakizhangu Fry recipe that tastes lip smackingly good as a side dish to Mor Kuzhambu and sambar rice. Cheppakizhangu is called as Arbi is hindi and Taro root in English. Though it tastes a bit similar like potato, the sticky texture makes it a big turn off for many.

Cheppakizhangu / Arbi is a tuber that is mostly ignored at home. Mostly it is the potatoes that rules and mostly preferred by the kids as well.

My mom makes a fantastic roast which I love very much but unfortunately since no one at home likes Cheppakizhangu much I never make it anymore.  But I guess as the kids grow even their preferences and likes change with them. 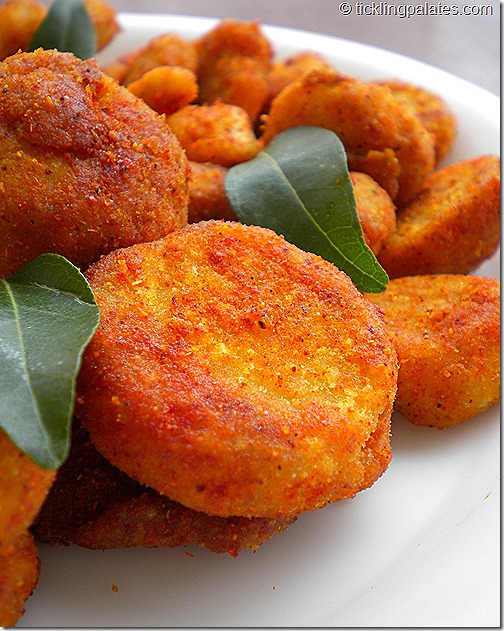 The actual version is to deep fry the coated Cheppakizhangu in oil which is what I had followed in this recipe too. But after I bought the oven, I had also baked them and got wonderful results.

I have recently started doing this Cheppakizhangu fry in my Air Fryer and it turns out brilliant and stays crisp for long. Follow the recipe and roast @180 Deg C for 8 to 10 mins. And it just takes 1 tsp oil. 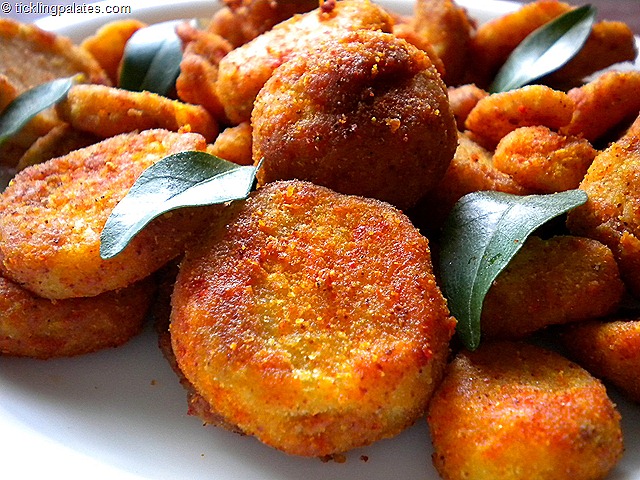 The first time I made them with the usual combo of rice flour and besan but my kids felt they tasted less spicy. So MIL suggested that I add the chilli powder in 2 stages.

Also I remembered my Grandma making the same fry with pottukadalai (Roasted Gram Dal) so the next day I once more tried it her way and everyone loved it. The aroma was superb and the end result was crisp on the outer and soft at the centre at the same time. 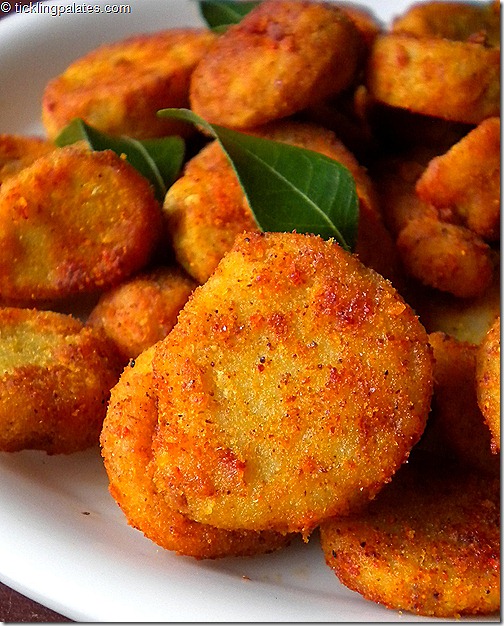 Usually I used to press the arbi between my palms before cooking so that they resembled like a vada but this time I simply cut them into roundels which made them easy to cook and also to serve. I was able to control the portion. So from now on it is going to be this way.

1. In the end before serving along with chilli powder you can also use 2 pinch of chaat masala powder to enhance the taste.
2. The oil should be hot and brought down to medium flame while cooking.
3. Instead of roasted gram dal and corn flour you can also a mix of rice flour and besan (Chick pea flour).
4. Adjust the chilli powder according to your spice level.