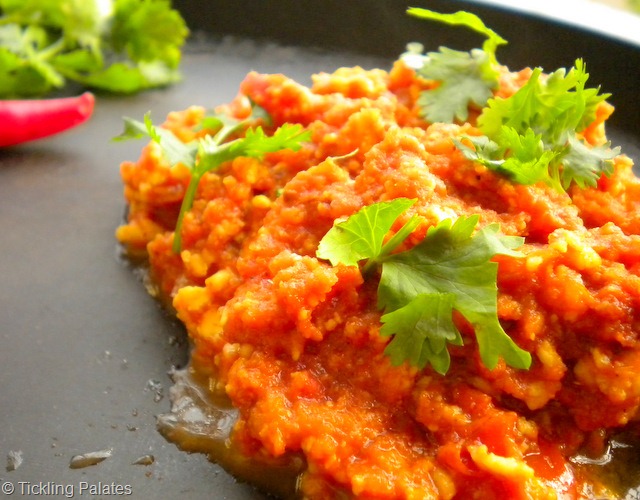 I came to know of this recipe my friend’s cousin. This happens to a very popular street food in Mumbai. It got its name from the sound the vendor makes with spatula holding it vertically on the big tawa thereby mashing the contents and bringing together the entire dish. She had come down for a wedding to Chennai and she was surprised to hear the Tak, Tak sound when we were walking along the road where in a vendor was making Koththu Parotta. That was when she told us that they also had a dish named tak-a-tak being cooked similar to this. 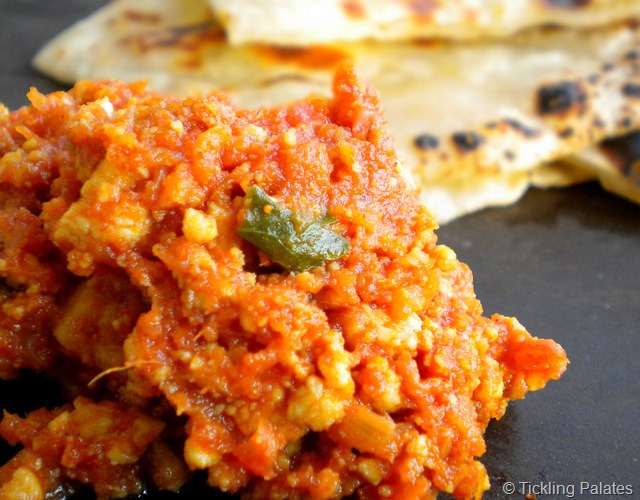 She was kind enough to share the recipe with us and we all loved it very much when I served it with Naans. Also I got to know a new recipe where in pav bhaji masala is used. I always thought this special masala powder is only used in the bhajis served with Pavs. This is also the first time I’m using ajwain in a side dish and was amazed by the flavor it imparted. As I had no idea how it tasted, I made it in my own way and was happy to find it finger licking delicious. 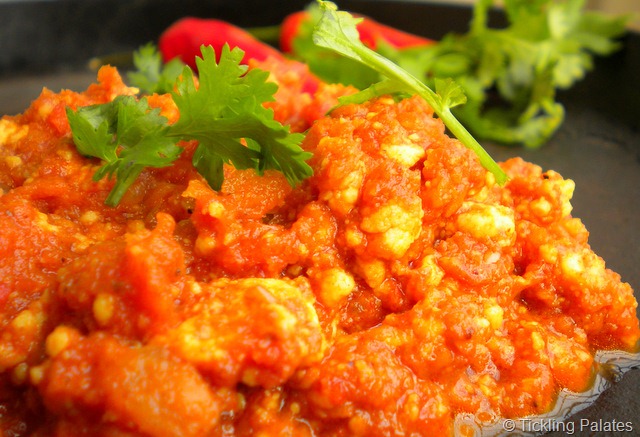 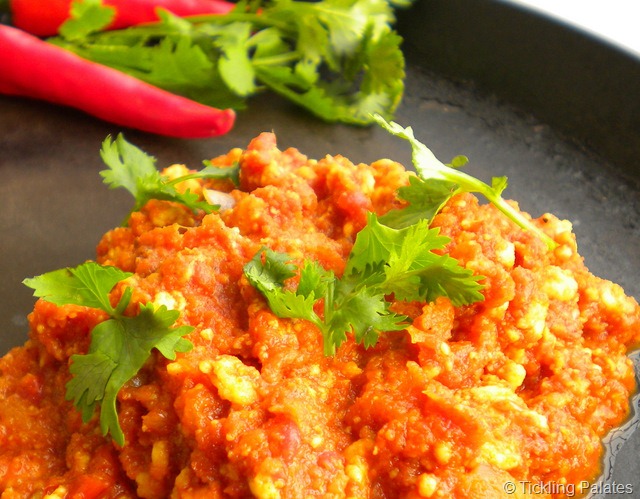 I used store bought paneer. Crumble and mash the paneer either by hand or in a food processor. Pulse the tomatoes in a mixie coarsely. This step is purely optional as pulsed tomatoes will cook faster there by saving time while bringing  about the masalas together.

Heat the butter and oil together tawa. Add the ajwain and cook over high flame for a few seconds. You have to get the aroma. Add the finely chopped onions and fry for a minute. Add the ginger garlic paste and fry again for 1 min. Now add the tomatoes, cook for a couple of minutes and add the red chilli powder, pav bhaji masala powder and mix well.

Now hold 2 spatulas preferably wooden ones, upright over the cooking masala. Bring together the masala with both the spatulas and mashing it while you are at it. It is like how you would pound a garlic. Cook like this for 2-3 mins.

Now add the mashed paneer and salt and repeat cooking with the spatulas for another 2-3 min over high flame. Simmer and let it cook for another 2 min. Garnish with coriander leaves and serve hot with Naans. 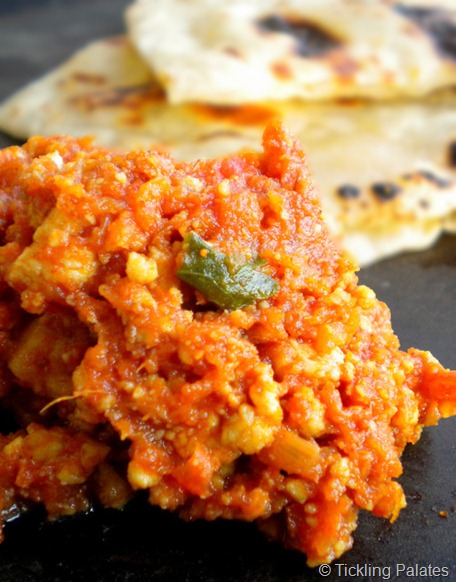 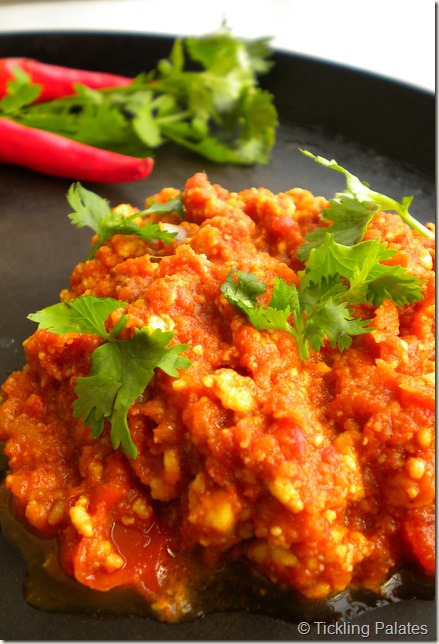 This is off to Anu’s Street food event.