Watermelon Gazpacho Recipe. A vegan, no-cook, raw, cold soup where the delicate flavors of cucumber and watermelon come together. A perfect light and comforting starter to serve during summer.

Gazpacho is a Spanish style soup that is basically served cold/chilled, made from tomatoes, cucumbers and other vegetables along with spices.

This watermelon Gazpacho is an adapted version of the traditional recipe but I used watermelon in the place of tomatoes and trust me it tasted just bliss during the noon time when the sun was beating down relentlessly. 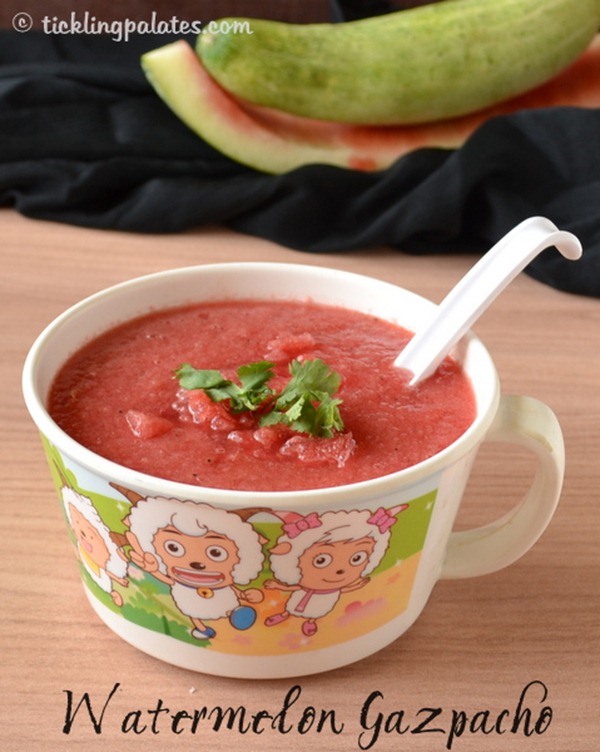 While growing up, soups were a new concept. My mother never made any soups but upon my insistence started making tomato soup and veg soup which are the only things I knew till my marriage. It took some time for me to understand that our very own “Rasams” are in a way, a soup.

After my marriage once I started venturing out of whatever the zone I was in (because I did not even know what my comfort zone was), I came upon gazpachos.

The concept of a cold soup with fruits intrigued me. But after tasting, I felt that it somehow correlated to our very own “jaljeera” which is once again a mildly spicy drink made of summer fruits and veggies. 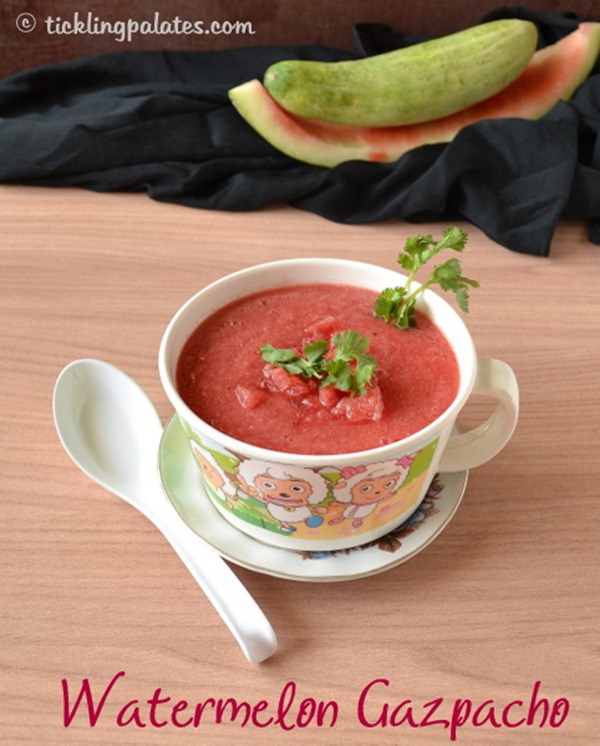 So, if you were of the belief that soups are to be only enjoyed steaming hot and that too on a cold wintry day… This soup begs to differ on all fronts and the best thing is that this soup needs no cooking at all.

Its very light on the stomach, keeps you filled, hydrating and helps in digestion, which sums up all the requirements that are necessary during the hot summer season which makes one more good reason to try out this watermelon gazpacho.

Watermelon Gazpacho needs to be served absolutely chilled. So if you do not have the time to refrigerate, use pre cut chilled watermelon cubes and cucumber to serve immediately.